Over the last 8 years of my career, I've been working as a full-time software engineer. My experience has varied working for small design agencies, all the way to companies that serve millions of users per day. However, I've always had that entrepreneurial itch to build my own apps and websites.

Since I graduated college, my plan has always been to learn as much as I could in my 20's, (I'm currently 29), and when it came time to the dirty 30's - apply all the knowledge and start my own thing.

While I have built my own apps on the side during my 20's, 100% of the time it has always ended in failure. Here are a few reasons why:

With these lessons in mind - over the last few months, I've come up with a sort of framework that I want to follow to change that.

While it would be amazing to just drop everything and go balls to the wall - I have a 1-year old son and family that I need to support. And also, I'm really enjoying my new role at CoderPad and learning from some of the smartest people I've ever worked with. Regardless, this framework is a way of holding onto my job, supporting my family and building apps on the side that I hope to turn into income generating machines.

So back to the framework…here it is:

By focusing on apps that revolve around this framework, it will make the code easier to write and hopefully easier to sell.

"So what are a few ideas you've come up with??". Well I've just finished building one Shopify app which is why you are probably reading this post - so you can finally see the name. But yeah, I actually finished coding this bad boy more than a month ago, but it took a while to get through the submission process.

Check it out here: https://www.theshopcalendar

So why this idea? Before working at CoderPad, I was in the events industry and I had experience building out calendar functionality in a large scale codebase. Also for years, some of my closest friends (who work in the DTC industry) have been telling me to get my eyes into the Shopify development world. This app merges those worlds together.

Competitors do exist and it isn't a ground breaking idea, but I could only find 2 apps that were similar in the Shopify app store (one looks awful, the other looks really really good). The idea behind building this first app was to learn the ins-and-outs of the Shopify API, shopify_app rails template and the inner workings of the e-commerce world. Hence why it might seem a bit basic but whatevs! 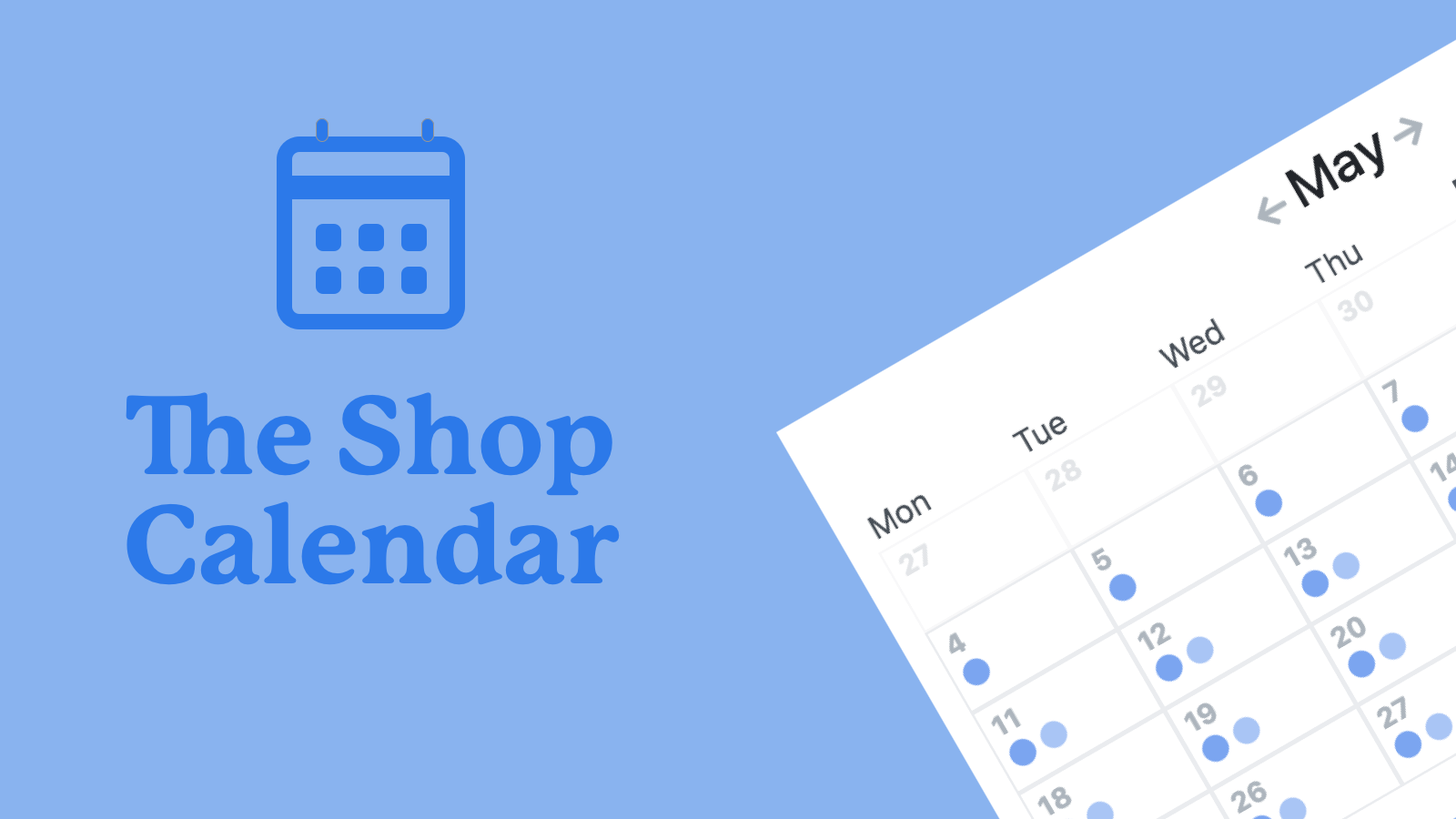 The app itself conforms to the framework that I talked about. It is:

My hope is that because it's in a marketplace, I don't have to rely too much on myself to go and sell/market the product. That being said, we were able to get 1 install within the first 12 hours of the app being live in the marketplace. The person did uninstall it two hours after though. But still pretty cool if you ask me!

while it's not the outcome we wanted "not needed anymore" - managed to get the first install of the app within 12 hours. pretty amazing not having to worry about marketing and just relying on a marketplace. also still not showing you the name until tomorrow 😉 besos. pic.twitter.com/8SRjNbYiJx

The goal is to eventually build a few minor features e.g. Google Calendar integration, further styling capabilities for stores and more. But now that I've built a Shopify app, I know how everything works. The biggest takeaway for me was figuring out how the Shopify API works, and then also knowing the faults in the app submission process. It took me 3 tries before the app got accepted but now I know what's going on.

In the next coming months, I have a few other Shopify apps that I want to build. Because of all the work I've put in to build The Shop Calendar, I built a Ruby on Rails template for my Shopify development called The Shop App. As you can maybe put two and two together, the goal is to build all these apps under The Shop __. It's going to be awesome.

Will post more updates here as I continue to build in my spare time!